Henry Yu looks at 10 iconic Chinese exports that have reached and had an impact on foreign shores...

When I came to China for the first time, I had never seen so many of these bikes clustered around urban environments in my entire life. It’s an image that I’ll never forget. I felt like a little boy again, bike riding was fun.

Sure enough, I gave it a go, and what an amazing way it was to explore a city!

When I went back to Australia, a familiar image came to my eyes six months later. I saw Ofo and Mobikes clustered around city streets. The nostalgia was real. It was like China had followed me home.

You can now see them in every corner of the globe.

Since 2008, China’s high speed railway network has grown at 30% per year growth on average in passenger numbers.

It’s not stopping there. They’ve now spread to Turkey and Russia.

In 2014, they completed a High-speed train in Turkey, and in 2015 they built a high-speed rail network from Kazan to Moscow.

There are also plans in Indonesia and a Thailand-China rail network.

Cashless society, think about that for a second. Wait a minute, china already has one.

China has truly embraced Wechat pay and Alipay. I don’t doubt this won’t become the norm across the rest of the world soon!

Boom Boom pow, when we think of guns, we think of the mighty forces of the French, the British and the Spanish in the 1600s. Before these countries amassed their brutal military forces, China was the country that discovered the key ingredient to all guns.

That Special ingredient was, gunpowder.

However, the tea we know and love today, originated out of China in 59BC.

The British commercialized it in the later 17th century and this is the same period where it gained its wider popularity.

Fun fact! While tea is often associated with milk, the Chinese don’t usually associate milk with tea. You can thank the British then for creating Milk-Tea.

Everyone thinks pasta came from Italy.

This isn’t true. There is legend that Marco Polo imported the first pasta to China, which originated from the macaroni journal.

Who knew our amazing tasting Italian carbs had Chinese origins.

Think about this for a moment. How would you get your message to someone with no internet, or even more prehistoric, no paper?

Back in the day, Chinese people had to spread the development of their civilization on bamboo, bones, tortoise shells and many other kinds of surfaces.

Where would we be without paper?

Compasses were pivotal for much of world exploration during the big expeditions set out by the French, British, Dutch, Spanish and Portuguese. They would have got lost if they didn’t have them!

In Chinese, they were called Si Nan. A ladle like magnet on a plate with the handle of the ladle pointing to the south. In the 11th century, tiny needles made of magnetized steel were invented. One of the needles points north and the other needle pointing south.

While china didn’t create the revolutionary printing press, they built the foundations to it, and therefore they should deserve credit. 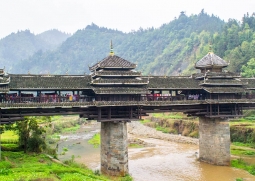 01561
Top 50 China Essentials
Previous post
Tianjin Province: Guide of What to do
Next post
Top 20 Universities in China for Interna
Comments