Top 20 Universities in China for International Students in 2020

You’ve heard of the heavy hitters—Qingdao University of Technology, Beijing Language and Culture University, among others—but have you given deep thought to what else is out there beyond the big names in Chinese universities? There are dozens of universities in China offering low cost (even FREE) masters programs abroad for English speakers. Keep shopping amongst the top 20 universities in China to find the right one for YOU and your goals, budget, and timeline.

With the help of Times Higher Education, we’ve collected the big names to create a comprehensive China university ranking for 2020. Use a Chinese government scholarship to attend a number of these universities in China for free!

Tsinghua University is one of the best universities in Beijing for international students.

Tsinghua and Peking University flip-flop frequently as they vy for the #1 spot as the top university in China for international students.

3. University of Science and Technology of China

USTC has over 15,000 students and focuses extensively on research output as an institution. It was established in 1958 as the Chinese Academy of Sciences, and thus makes a great fit for our STEM friends reading this.

Zhejiang University, located in picturesque Hangzhou, has been around for more than a century! With around 45,000 undergraduates, you won't be short on classmates and new friends to make (pandas not included).

Fudan University calls Shanghai home and takes a liberal arts approach to education that will feel familiar to international students in China. Nearly 30,000 students enjoy attending school in China at this private university.

Nanjing University is located about 200 miles west of Shanghai and boasts 21 schools, one of China's largest libraries, and a membershpi in the C9 League (an elite alliance of nine universities in mainland China).

Sun Yat-Sen University was founded by Dr. Sun Yat-sen in 1924 in mainland China (Guangzhou, Zhuhai, Shenzhen). You might recognize his name as Dr. Sun Yat-sen was a revolutionary and the founding father of the Republic of China. Fun fact: It's host to the world' second fastest supercomputer, Tianhe-2.

Beijing Normal University is a public research university located in Beijing, China, with a strong emphasis on basic disciplines of the humanities, sciences, teacher education, and educational science.

10. Huazhong University of Science and Technology

Join nearly 24,000 other masters candidates to study at HUST, a university that has earned a world class reputation in the short 60 years since its opening. In early 2000s, the university merged with Tongji Medical University, making it a great option if you're seeking medical masters programs abroad in China.

SUSTech is a public research university in Guangdong province, specializing in interdisciplinary research. It is a public university, but is unique in that it is funded by the Shenzhen Municipal Government instead of the Ministry of Education of the People's Republic of China as part of an initiative to experiment with Chinese higher education reform.

Head north to Nankai University, one of the top 20 universities in China for international students! Based in Tianjin on the coast of the sea of Bohai, your fellow alumni will include famous names such as the beloved late Premier Zhou Enlai.

Good for: Engineering and Technology, Business and Economics

Wuhan University is a national research university in Hubei province that opened in 1893. Hundreds of years of excellence don't lie—plus, it is regarded by many as one of the most beautiful campuses in China.

CSU was established in April 2000 on the basis of the amalgamation of three former individual universities (Hunan Medical University (HMU), Changsha Railway University (CRU), and Central South University of Technology (CSUT)). It was formerly under the administration of the Chinese Ministry of Health (dating back to 1914). It offers 282 different master's degrees and 142 doctorate degrees from 31 colleges.

Harbin Institute of Technology hosts nearly 1500 international students at the eastern terminus of the Silk Road. It focuses heavily on Science and Engineering (they've even designed, built, and launched their own satellites) and is considered one of the best global universities for engineering by US News.

Hunan University traces its history back to the Yuelu Academy founded in 976 AD during the Song dynasty. Yes—You read that right! It's had over 1000 years to become one of the top 20 universities for international students in China. It's primarily a technology and engineering university and is based in Changsha, the capital of Hunan province.

Fun fact: Tongji University was established in 1907 by the German government and German physicians in Shanghai.

Together with Tsinghua University, Peking University, and Beijing Institute of Technology, it is widely considered to be one of the top four engineering research universities in Beijing. It is also among China's very first academic institutes with a graduate school.

ECNU's original role was to train teachers for secondary and higher education, but very soon housed top-class researchers and evolved into an elite research-intensive university. It has more than 22 schools and is affiliated with NYU Shanghai and the Asia-Europe Business School in Zizhu. Many notable alumni from the institution are authors and writers, inclugin Chen Danyan, Dai Houyung, and Ge Fei.

Renmin University of China, based in the student-district of Beijing (Haidian), consists of 23 schools and 13 research institutes with nearly 250 specialties for post-graduate students.

Study at one of the best universities for international students in China in 2020!

Earning your masters degree shouldn’t be a chore—even when you’re moving halfway across the world to earn it. This list of top universities in China will jumpstart your research to your most exciting life chapter yet.

Take a Tour of Universities in Beijing & Shanghai This Year 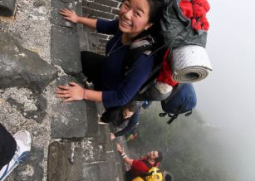 01419
Reflections on Studying in China 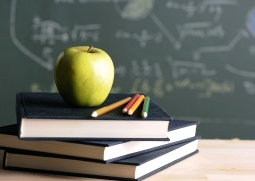 01407
Why do a Master's or Undergraduate degree in China?
Previous post
10 Most Iconic Chinese exports
Next post
7 Best Engineering Universities in China
Comments