Institutions and Governance/ Economics: The major is a mix of, Public Economics and Public Policy. You’ll be expected to study your standard economics courses like Micro, Macro and Econometrics. The course places a big emphasis on environmental policy, history and Health outcomes. You’ll also have the chance to take part in interdisciplinary courses that focus deeply on Politics.

Political Economy (Tracks in both Economics and Political Science): The Economics track is identical to the Institutions and Governance/Economics major. The only difference is you get to undertake some units in development rather than solely politics in the interdisciplinary component of your degree.

BSc in Economics: Very traditional Economics degree. You explore almost every aspect of economics possible. There’s a greater mathematical component with greater emphasis on the mathematics behind Economics. There is also subjects in Econometrics you can take to a higher level than most universities at the undergraduate level. The subjects in Economics explore economics from more of a more traditional standpoint “History of Economic Thought”, “Monetary Economics”, “international trade” and “Behavioral Economics” are all very important topics that any “strong” economics degree should have.

On top of this you have the option of choosing either Marketing, International Business or Finance as a secondary major to complement your economics study.

Applied Economics: The major will have subjects in the required school package outside of the major across marketing IT, Chinese business law and introductory statistics.In Later years, you’ll do traditional subjects in Micro, Macro and Econometrics and Calculus to a higher level than XJLTU. You also get your traditional economics electives, but there’s more selection than XJLTU. You can access subjects like Public Finance (learning about tax systems in an economy), game theory, Industrial Organisation and even higher Micro and Macro courses. You also have the option to take subjects in Marketing, Finance, Entrepreneurship and Econometrics.

Economic Science: This is a more specialised economics major. You have much greater exposure to economics than the applied course. The required subjects for breadth are smaller, which leaves more space for the core economics subjects. You are required to take a greater level of difficult economics subjects to a higher level such as Linear Algebra, Advanced Micro and Macro, as well as game theory now being compulsory.

My opinion: If you want a challenge, the CUHK degree offers a high level of mathematics, statistics and breadth of economics subjects. The higher ranking also suggests you’ll be taught by professors at the top of the economics and you have a greater opportunity to take on research opportunities and become a true “economist”. The major at XJLTU is okay, its an economics major that will teach you everything necessary in a credible economics degree. I believe the Duke Khunshun Economics component doesn’t really attack core subjects in economics like Industrial organization, game theory and mathematics at all. I’d say it’s more of a political focused degree.

Henry Yu, a Economics Major, is a guest blogger for China Universities 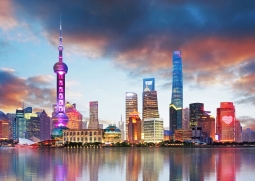